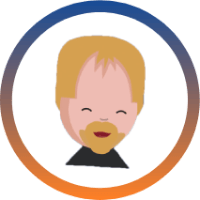 Effectively engage with your clients with mobile apps.

Share your ambitions and ideas with us and we’ll see where that discussion leads. Our specialist developers and designers will know how to best help you deliver your value to your clients.

What is a mobile app?

A mobile app is a program that runs on a smartphone or tablet. Being designed for use on these devices apps will run on operating systems (OS) Android and iOS making them widely accessible.

Mobile apps serve so many purposes, ranging from games to eshops and communication platforms. Apps for both platforms are in their respective app stores – Google Play for Android and AppStore for iOS.

Why you should develop an app for your business?

Mobile apps have triggered major shifts in consumer behaviour because when used as part of your wider communications and marketing strategy the impact on your business is more than significant.

With your app on a smartphone you are continuously linked to your clients and can readily interact with push messages and in return your clients can order services and goods, communicate with you, follow links to your website and more.

Some Advantages of Your Mobile Application

Talk to us today

Curious about a mobile app for your enterprise, let’s have a chat about the ideas you have:-

Or use this contact form to let us know.

You can find out more about which cookies we are using or switch them off in settings.

This website uses cookies so that we can provide you with the best user experience possible. Cookie information is stored in your browser and performs functions such as recognising you when you return to our website and helping our team to understand which sections of the website you find most interesting and useful. Full Cookie Policy can be read here.

Strictly Necessary Cookie should be enabled at all times so that we can save your preferences for cookie settings.

If you disable this cookie, we will not be able to save your preferences. This means that every time you visit this website you will need to enable or disable cookies again.